around 10 years ago I became very interested in Resin as a media in Jewellery. I was tied up with the Kids and I had to teach myself how it all worked. So I experimented with different mould materials , embedding various things into the Resin shapes, seeing the effects of rounded moulds and the way different pieces placed inside had an impact.
Sometimes some of the great ideas that I had just ended up on a design sheet, never to be made, because all I heard around this time was “mummy, mummy, mummy”, but my ideas and designs developed.
As the Kids grew up and allowed me a bit of head space, my creativity developed, it became more than Jewellery but Wearable Art. I developed a concept where the ideas and creative process, became part of the Artwork and the finished pieces were the completion of everything that had been before.
This piece of Art is just the beginning, there is far more in here to discover.
The opening of this new piece which I call “Journey Z” will hopefully draw you in to the next pieces I have planned. 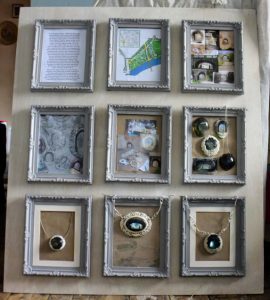 The exhibition has now finished at the Steward’s gallery, Clitheroe Castle Museum as part of The Ribble Valley Open Exhibition, 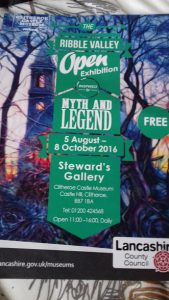 you can view my progress on https://www.tumblr.com/blog/isabelnelson123